Do you have social media?

What kind of programs do you run?

We host a variety of programs that constantly change based on the needs and desires of the community. These programs are a mix of support groups and social gatherings for people to chat, meet, discuss issues, and support each other. These groups are a mix of youth and adult programs. Check out our current program offerings here.

What kind of events do you run?

We run numerous events for all LGBTQ+ folks and allies throughout the year to build community, rally support, educate, and advocate. These events include game nights, craft nights, improv nights, Friendsgiving gatherings, and pasta nights. We are working on hosting more in-person and hybrid events! Check out our social media for updates on up coming events.

How can I support You?

Dutchess County Pride Center is a 501(c)3 non-profit organization run entirely by volunteers and donations. You can support us by volunteering or donating to help us provide more groups, social events and outreach. If you our interested in volunteering, send us a message here or visit our donation page here.

How can I get involved with the Center?

Check out our About Us page here or send us a message here.

Have you been in the news?

Listen to our Board President, Adam Rubinstein and Executive Director, Karen Marder on ClearView Hudson Valley with Uncle Mike

What does “LGBT” mean?

LGBT stands for “lesbian, gay, bisexual and transgender.” While these terms have increasing global resonance, in different cultures other terms may be used to describe people who form same-sex relationships and those who exhibit non-binary gender identities (such as hijra, meti, lala, skesana, motsoalle, mithli, kuchu, kawein, travesty, muxé, fa’afafine, fakaleiti, hamjensgara and Two-Spirit). In a human rights context, lesbian, gay, bisexual and transgender people face both common and distinct challenges. Intersex people (those born with atypical sex characteristics) suffer many of the same kinds of human rights violations as LGBT people, as indicated below.

What is "sexual orientation?”

What is "gender identity?”

Gender identity reflects a deeply felt and experienced sense of one’s own gender. A person’s gender identity is typically consistent with the sex assigned to them at birth. For transgender people, there is an inconsistency between their sense of their own gender and the sex they were assigned at birth. In some cases, their appearance and mannerisms and other outwards characteristics may conflict with society’s expectations of gender-normative behavior.

What does transgender mean?

Transgender (sometimes shortened to just “trans”) is an umbrella term used to describe a wide range of identities—including transsexual people, cross-dressers (sometimes referred to as “transvestites”), people who identify as third gender, and others whose appearance and characteristics are perceived as gender atypical.

Trans women are those who identify as women but were classified as males when they were born. Trans men are those who identify as men but were classified female when they were born. Some transgender people seek surgery or take hormones to bring their body into alignment with their gender identity; others do not. That is their choice. 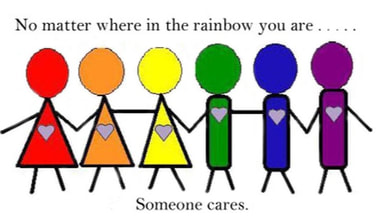